The Aloe Vera and Cancer Controversy Heats Up Again

While we enjoy researching, writing and reviewing all things health – Aloe Vera is really our thing. Naturally, our eyes and ears were open when we heard the juice from our favorite plant is being used to not only treat Cancer and AIDS, but reverse both conditions. And now, a controversy between aloe vera and cancer is heating up, and it has the potential to squash a bounty of series benefits associated with the spiky green plant. 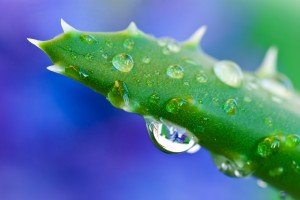 But can aloe vera truly be used to treat cancer?

Yes, according to NaturalNews.com. But it seems like the FDA is not about to let any serious research launch in this realm. Although some skeptics are touting no serious connection between aloe vera and cancer treatment, it’s pretty difficult to deny the powerful connection between improved health and the stemmed green plant.

The Truth Behind Aloe Vera and Cancer

One of the best kept secrets in the nutritional field is aloe vera. Commonly recognized for soothing ulcers, hemorrhoids, sunburns, wounds and other skin ailments, many don’t know the power pure raw aloe vera juice has for improving and even reversing serious diseases that baffle mainstream medicine.

That’s because those claims are suppressed. More often than not, aloe vera has stirred up quite a bit of controversy among its skeptics. They’ve argued that the connection between aloe vera and cancer is a theory based in frivolity.

If a supplement or nutritional product promotes any kind of cure, the FDA and other agencies send their bootjack militia to raid them. A frightening example occurred in Tampa, Florida a couple of decades ago as research physician Ivan Danhoff MD was attempting to crash the medical mafia’s cancer party.

The most dramatic clinical proof of pure raw aloe vera juice comes from research done with AIDS patients. Almost all who were put on a regimen of daily aloe vera juice got better with white T cell counts skyrocketing. It’s obvious that aloe vera is a potent immune booster, which implies it can be applied to other diseases.

One of the AIDS patients in this trial was diagnosed with advanced liver cancer and told he had less than two months to live. His liver was so tumor riddled it was four times its normal size. He continued with the juice, improved gradually, and within a year all his tumors were gone.

But the healing powers of Aloe are nothing new. At AloeVera.com, we love some of the retro videos you can dig up. This one shows how ancient Egyptians revered aloe for it’s healing properties, even calling it, the “Plant of Immortality.” Although aloe vera and cancer are a much-discussed topic when it comes to the plant’s health benefits, there are a bounty of other perks awaiting growers and users alike. Explore AloeVera.com for more tips, secrets, and tips.