The Key to Avoiding GMO Foods

Genetically modified organisms (GMOs) are used by major seed manufacturers and eventually become the bulk of produce available in your grocery store. Every day, it’s likely you eat food that was somehow genetically modified, but there are there are a few keys to avoiding GMO foods.

This week’s headline-grabbing news that agriculture giant Monsanto’s genetically modified corn was found to cause organ failure in rats is sure to send panicked shoppers into an anti-frankenfood frenzy. The good news is that this is precisely the kind of damning study (GM corn + animals = death) that will help bring to light the potentially catastrophic consequences of scientifically altered crops. The bad news is that even those who see that light will have a difficult time completely boycotting genetically modified organisms, or GMOs as they’ve come to be known. 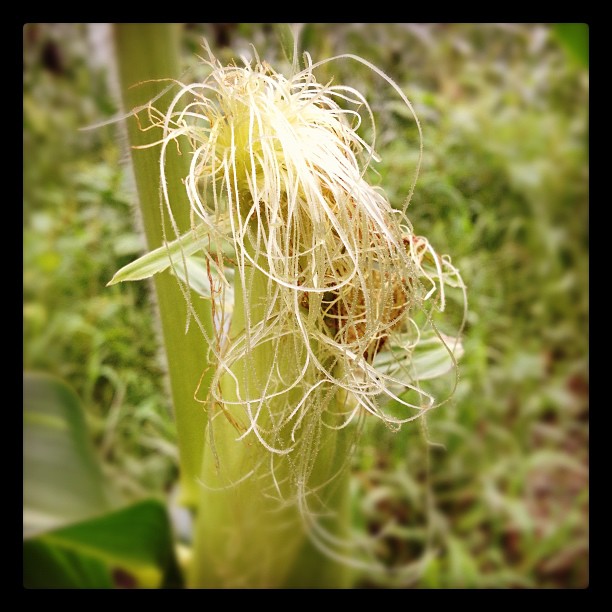 That’s because GMOs aren’t just limited to the foods we eat; they’re also in the clothes we wear (cotton is one of the most prevalent GMO crops) and in the everyday household products we use. Those who buy giant jugs of distilled white vinegar to make DIY eco-friendly cleaning products might be interested to know that their vinegar may, in fact, be distilled from GMO corn. I say may, because if you live in the United States, there’s no proof that the products you buy or the food you serve your children hasn’t been genetically tampered with. While the EU, Japan, China, Korea, Australia, and New Zealand have labeling laws for GMO foods, there are no such requirements in the US, despite the fact that a 2008 CBS News poll found that an overwhelming 87 percent of Americans would like GMO foods to be labeled, making avoiding GMO foods much easier.

As usual, lawmakers are light-years behind the American consumer. And with a GM crop pioneer now firmly planted in the Obama administration as director of the National Institute of Food and Agriculture, I’m not holding my breath for GMO crops to be restricted in the US anytime soon. Here’s how you can take charge in the meantime:

Avoiding GMO Foods: Buy organic. The first key to avoiding GMO foods is to buy organic. Organic foods must be processed without bioengineering. Whether the label says 100 percent organic, organic, or made with organic ingredients, you can rest assured that the entire product is GMO free, since USDA regulations do not permit genetically modified ingredients in any category of certified organic food. And if you can’t afford to buy everything organic, at least make sure that the animal products you purchase — meat, dairy, eggs — are. With conventional beef, for instance, you can be pretty sure that mountains of Roundup Ready corn were fed to those cows. That conventional zucchini? Not as looming a threat, at least where GMOs are concerned.

Avoiding GMO Foods: Beware the SCCC. No, it’s not some new government agency (though maybe it should be). That stands for soy, cotton, canola, and corn, which are among the most common GMO crops. The statistics are startling: 91 percent of soy, 87 percent of cotton, 75 percent of canola, and 73 percent of corn crops grown in the US are GMO, according to the USDA. So unless the label specifically says organic, you can pretty much bet that any food or product you buy that contains any of the big four have been genetically changed. We’re not just talking tofu and tortilla chips, either: It’s the sheets on your bed, those potato chips fried in cottonseed oil, and the aspartame in your Diet Coke (made using a fermentation process that involves soy and corn).

Avoiding GMO Foods: Avoid processed, packaged foods. Thanks to farming subsidies that have produced unimaginable surpluses of cheap (mostly GMO) corn, we now have dozens of corn-based ingredients served up to us in increasingly creative ways by the processed food industry. As Michael Pollan points out in The Omnivore’s Dilemma, “Corn is in the coffee whitener and Cheez Whiz, the frozen yogurt and TV dinner, the canned fruit and ketchup and candies, the soups and snacks and cake mixes…there are some 45,000 items in the average American supermarket and more than a quarter of them now contain corn.” Bottom line: If you’re concerned about GMOs, don’t eat anything with an advertising budget. – Source

Here’s a video I found that exposes how much most of us really know about avoiding GMO foods and takes a little of the mystery out of genetically modified foods.