People have been enjoying the benefits associated with using Aloe Vera for thousands of years. Use of the “plant of immortality” can be traced all the way back to the early days of ancient Egypt. While Aloe has traditionally been used to treat burns and skin ailments, many find themselves wondering if there too are benefits of drinking Aloe Vera juice. 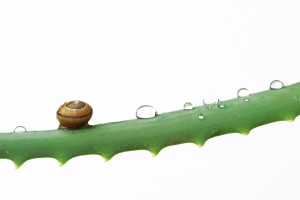 So, are there any benefits to drinking Aloe Vera juice? First, let’s see what the experts have to say about the plant itself. It has long been determined that latex from Aloe contains strong laxative compounds. In addition, studies have also concluded that Aloe Vera in topical form has been successful in helping burns and skin abrasions during the healing process. However, the National Center for Complementary and Alternative Medicine has concluded there is not enough scientific evidence to support Aloe Vera for other uses.

Conversely, many experts in the field of natural and holistic medicine swear by the incredible benefits of drinking Aloe Vera juice. Some believe just some of the benefits of drinking Aloe Vera juice include lowered cholesterol levels, a higher level of oxygen in your blood and drinking the juice can help prevent kidney stones. Some experts also say that Aloe Vera has the potential to stop the growth of cancerous tumors, can cure ulcers and can prevent disease in kidneys.

Scientific studies have concluded that along with the benefits of drinking Aloe Vera juice, there are a few side effects. The most common issues are abdominal cramps and diarrhea. Because, the latex contains the aforementioned laxative compounds, cramps and diarrhea are closely associated with Aloe in oral form. The NCCAM also some cases of acute hepatitis have been reported in association with ingestion of Aloe Vera. However, the organization claims the supporting evidence is not definitive.

Children and women who are pregnant are advised not to ingest Aloe Vera. Those with diabetes, kidney failure, thyroid disease or an electrolyte imbalance are also told to avoid Aloe Vera in oral form. Before beginning any type of new diet or health regimen, it’s always encouraged to speak with your doctor. 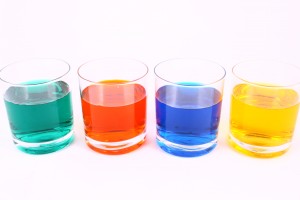 Aloe Vera juice is exceptionally easy to find and purchase. It can be picked up in nearly any vitamin and health shop, drug store and national chain retail store. You can get a 16-ounce bottle of Aloe Vera juice in stores for as little as $3.00. In fact, most bottles of Aloe Vera juice up to 32 ounces cost $10.00 or less. On the higher end of the price scale, you can purchase organic cases of juice for upwards of $70.00. Cases by the gallon are also available for just over $100.00.